There are five big oceans. The division is based on the area where it is located. Indian Ocean, Arctic Ocean, Atlantic Ocean, and Antarctic ocean. These five oceans line most of the hydrosphere of earth.

Oceans make about 70 percent of the world’s surface. Leaving behind only 30 percent of the land. Water has high specific heat which allows it to heat up slowly. It absorbs more heat compared to other liquids.

Oceans are one of the most stable ecosystems on the earth’s surface. It houses millions of species. Oceans produce and supply a huge amount of oxygen to the natives of this land. Extensive photosynthesis produces oxygen. The photosynthetic agents are algae and phytoplankton. This oxygen is utilized by zooplankton, invertebrates, and vertebrates including fish and mammals at most.

The oceanic ecosystem also regulates the global climate. Its currents are very large and affect most of the area over it. The oceanic currents posses the highest potential of energy in the form of electricity. As ocean currents flow with a stable speed and fixed direction. As of 2016, the world is producing 500MW of electricity from ocean currents.  Future goals include the production of energy from these currents.  Climate-wise, actually oceans transfer the water from tropical areas to polar regions.

Oceans are also a cause of rain for the world. Rain stabilizes the environment. It causes the plants to grow. Rain turns are hard soil into a soft one. It enables soil for agriculture. In many areas, rain is a cause of life by watering the desert plants and people.

Extensive research about the ocean’s stability is in published literature. A study of 2018 shows that drastic swings in the global climate don’t easily change the ocean climate. Estimates show that humans are adding about 8million tonnes of plastic waste each year. Oceans feed millions of species daily but the food has no limit. Having high specific heat, water bears the highest amount of heat. Other liquids heat up with very small energy but in contrast, water needs more heat. However, some scientists say that in deep water, the amount of oxygen is reducing, thereby killing individuals.

Oceans are stable because these have a saline environment, more dissolved oxygen, and less variability with temperature rise and fall. Oceans are stable as they can withstand any type of stress. And when it withstands with stress, there is likely no agent to make it unstable.

In the fast two decades, humans are disturbing it at a fast speed. We are adding millions of tons of plastics, the flow of pesticides, and other industrial wastes. The household water also flows toward oceans. The stable ocean acts as the grave and dumping site for all types of wastes from the world.

Thank you for reading. I highly appreciate and welcome your suggestions and criticism. 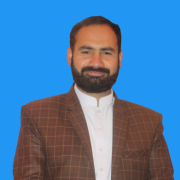