Many of us feel that bees are disturbing and annoying, and their work is just buzzing anytime. But we should know that everything in this world have specific role to play. You might be asking what is the importance of bees. They are very important pollinators. Almost every crop in this world need pollination to produce vegetables, fruits and other shelter for humans.

Now days, Bees populations are vanishing day by day due to human being, who is disturbing the nature. The other reasons of disappearing of bees that is excessive use of pesticide in crop to conserve it from insect pest but somewhere its killing bees, and if bee’s species didn’t exist in this world, then humans wouldn’t either.

Everyone knows that climate change causing many bad things for humans as well as for plants that’s why some flowers are bloom earlier or later than usual, bees suffering because of lack of bee friendly flowers. But we have good news and that is some farmers are planting a bee friendly garden to help bee population to develop.

Here is what the importance of bees is:

Do you love any of that fruits: apples, melons, cranberries, asparagus, or broccoli? And do you know that how that fruit germinate, so to germinate that fruit, it is requiring to transfer of pollen from the male of the flower which also called anther to female part which called the stigma. Bees search for nectar and for that, it moves from one flower to another flower, through this they leave behind grains of pollen on the surface and it allows and help plant to grow and produce fruits.

Bees pollinate billions of plants every year including agriculture crops as well as fruit plant which is why we get food to eat and without them many plants will die.

As we above discuss that bees work as pollinators, it also supports every aspect of the ecosystem. Bees support growth of tree, flowers and etc. which provide shelters for larger creatures and small.

Bees helps many insect and animals to build homes, their role is important to growth of tropical forest and temperate deciduous forest. Many trees cannot grow without bees like willows and poplars, they need bees to help in pollination.

Bees produce honey in their colonies during the winter and humans harvesting honey from thousands of years, we are not only used it as sweet but many other birds and insect eat as well.

Many insects eat bees like, dragonflies and praying mantises and many birds also eat bees like blackbird, ruby-throated hummingbird, and starling

Bees not only pollinate field crops and farms vegetables and fruit but many wild plant species depends on insect pollinators, bees pollinate many fruits and its also responsible for the product of many seeds, nuts, berries and etc., which source of wild animals. 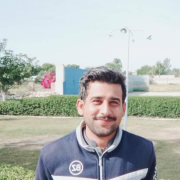 I did B. Sc in Horticulture department and working as Field Faclitator in CABI organization, volunteer Field Facilitator & content writer at Indus Agriculture Development Organization, & Founder of Greenify Agriculture.

Climate change and birds: solutions to the crisis: One Day Conference