With all the honeybee deaths over the last decade, it seems like having more farmed bees would be a good thing without any controversy. Over one million commercial bumblebee colonies are used every year for their pollination services. Although the commercial pollinators have been a benefit in producing crops in even larger quantities but there are also associated  complications. There is research that shows how farmed bees threaten wild bees. If they escape into the wild, they compete with the native populations and are linked with spreading diseases to wild populations. But recently researches pointed out a more serious issue.

Read More: Why Bees Are Important to the Environment

Researchers at the Doñana Biological Station in Sevillea, Spain captured 66 bees in the wild, some at a distance of 60 km from the nearest greenhouse, and found by analyzing their genes that 63 percent had hybridized with the commercially reared bees. Such hybridization homogenise the genetic diversity and ability to adapt to changing environments is reduced. For example southern European subspecies of bumblebees that aestivate may lose their adaptation to warm environments by breeding with the commercial bumblebees.

One way to help prevent this problem is farming and using local species of bees instead of exotic ones. Also measures must be taken to regulate the trade of farmed bees and to strictly limit their use to greenhouses. 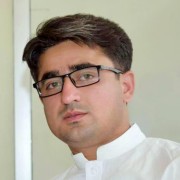 What is a grant?